FrameWORK: Realigning the Zoning Code with Our Vision

Our new series "FrameWORK" will be exploring links between the City’s aspirations in the General Plan Framework and the comprehensive Zoning Code revision that re:code LA is undertaking. This series is going to suggest new ideas for directing land use in the City today, and we think these ideas could work better than the current Zoning Code. But don’t take our word for it. If you really want to get into the grist, read the General Plan Framework. For a primer on Zoning Codes, read the re:code LA series Zoning 101. In particular, take a look at the article “Putting the Vision into Action: How the Zoning Code Implements the General Plan.” And, as always, let us know if you have better ideas.

Each article in the series will address one of the chapters in the City’s comprehensive element of the General Plan, the Framework Element. These chapters include: 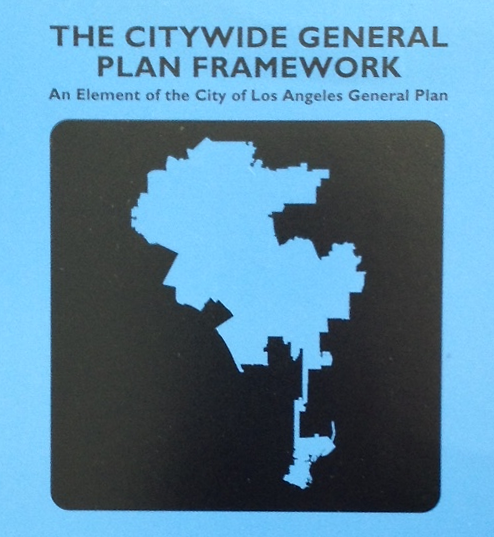 The Fall and Rise of the Los Angeles Zoning Code

Despite long-held beliefs to the contrary, Los Angeles is a planned city. The City of Los Angeles has a comprehensive vision, and it’s called the General Plan. The General Plan currently has thirteen elements, including the Framework, which provides guidance regarding growth, community planning, and all the other General Plan elements. The General Plan Framework is the vision that contains the broad land use policies that are intended to guide the community plans, and, ultimately, the Zoning Code, which is the City’s main tool for regulating and directing land development.

Yet, for a long time, the Zoning Code, rather than the General Plan or community plans, shaped the pattern and character of development that we recognize in Los Angeles today. When the Zoning Code was made into law in 1946 it wasn’t designed to implement a General Plan. The Zoning Code directed land use for a city that once had reducing salons, alligator farms, and bathing cap manufacturing sites, when the internet was nothing more than a dream. Many of the impacts of modern society that are clear to us today were obscured to us in the past. The Zoning Code was really designed to direct the kind of development that some had envisioned as ideal in a post-war era metropolis. In 1979, the State of California required the City’s General Plan and Zoning Code to align, and the work to align them began in 1980. The City added layers of process and conflicting direction, and some have estimated that the work didn't end until about fifteen years later. For all of these reasons, re:code LA is happening today.

Under Layers of Zoning

The City’s Zoning Code has been modified over the years to fulfill the law and accommodate the needs of the City’s various communities. New layers of direction have been added that either complement or supersede the base zoning districts (such as R1 or C2) in the Zoning Code: various overlay zones, specific plans, site-specific regulations (Qualified Classifications and Development Limitations), Zoning Administrator Interpretations (ZAIs), interpretations from the Department of Building and Safety, and even leftover regulations from the erstwhile Community Redevelopment Agency. Those six broad layers of intersecting and overlapping regulation exist in addition to the base zoning districts that one has to know about to really understand development potential in Los Angeles.

While these additional layers of rules have served to accommodate the City’s changing aspirations, they have, ironically, also contributed to stunting those aspirations. Ask anyone trying to get land development projects built in the City, and they are likely to have stories about the City’s treacherous land use rules. What is allowed on one block in a cohesive neighborhood can differ from the next block for reasons that are often unclear to the community and developers. As a result, the patterns of land development in the City become unpredictable, and communities and developers alike lack certainty in what can be built. These complexes of land use regulations are fixes to the City’s Zoning Code that have emerged because the base zoning districts in the Zoning Code do not appropriately address what the City’s General Plan called for.

The Zoning Code was not always so intimidating. There was a time when the City’s land use regulations made sense, when Los Angeles aspired to something different than what it aspires to today. Our visions for a livable and successful society today are different than they were in the wake of World War II; and what drives the City’s economy, who lives here, and what we value have evolved significantly in 68 years. These changing conditions are reflected in the periodically updated elements of the City’s General Plan to address unforeseen or unconsidered issues that impact the City.

Concept LA, published in 1970, was the City’s first comprehensive guidance in the General Plan. It called for the preservation of single-family neighborhoods and a variety of centers, relying on the expansion of freeways to connect the City’s neighborhoods. Some of the priorities in Concept LA were carried over to the 1996 General Plan, but some of those priorities have changed. In 1996, the Framework Element replaced Concept LA to give comprehensive guidance for the entire City’s general development pattern in a new era. The Framework Element prioritized mobility for everyone and also clarified and consolidated the types of centers and how they relate to surrounding neighborhoods. 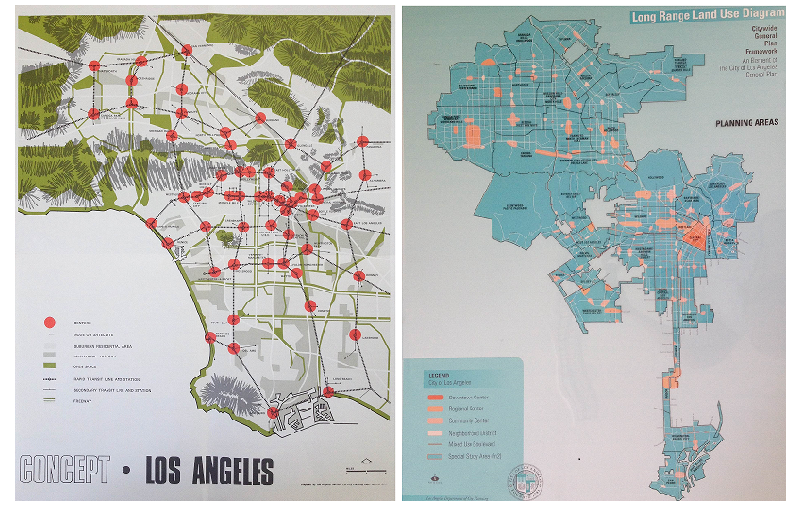 While the City’s plans have changed, the basic formula for development embedded in the City’s Zoning Code has not. The City's land use regulation has only become less recognizable and more unwieldy with each fix. This convoluted mash-up of regulations is what the City has used to implement newer aspirations of the General Plan and its elements, but is a beauty of the past that has become a beast. LA's Zoning Code must be successfully realigned with the vision.

re:code LA is not fixing the old Zoning Code; it served its purpose. It is time to welcome a new Code. Together, we are creating a new Zoning Code that we hope will inspire better planning for communities citywide. The re:code LA team has ideas of what the new Zoning Code could be, and we will be sharing these ideas with everyone as we work with our Mayor, and go before the City Planning Commission, the Planning and Land Use Management Committee, and City Council in the next few months. Decisions about the new Zoning Code will determine the path forward for how, and how well, the City’s comprehensive vision comes to life.