How Los Angeles Got Serious About Housing

Our City—rich in industry and creativity—has gained the unfortunate notoriety of being a major epicenter in the California housing crisis. The fundamental reason for our crisis is the same as in most global cities: an extreme shortage of housing, which has left Angelenos to face overcrowding, punishing commutes, or, all too often, homelessness. These effects are especially felt by those with the lowest incomes, who have limited options when it comes to finding an affordable home.

Despite this notoriety, Los Angeles has made significant strides in addressing the severe lack of adequate and affordable housing. 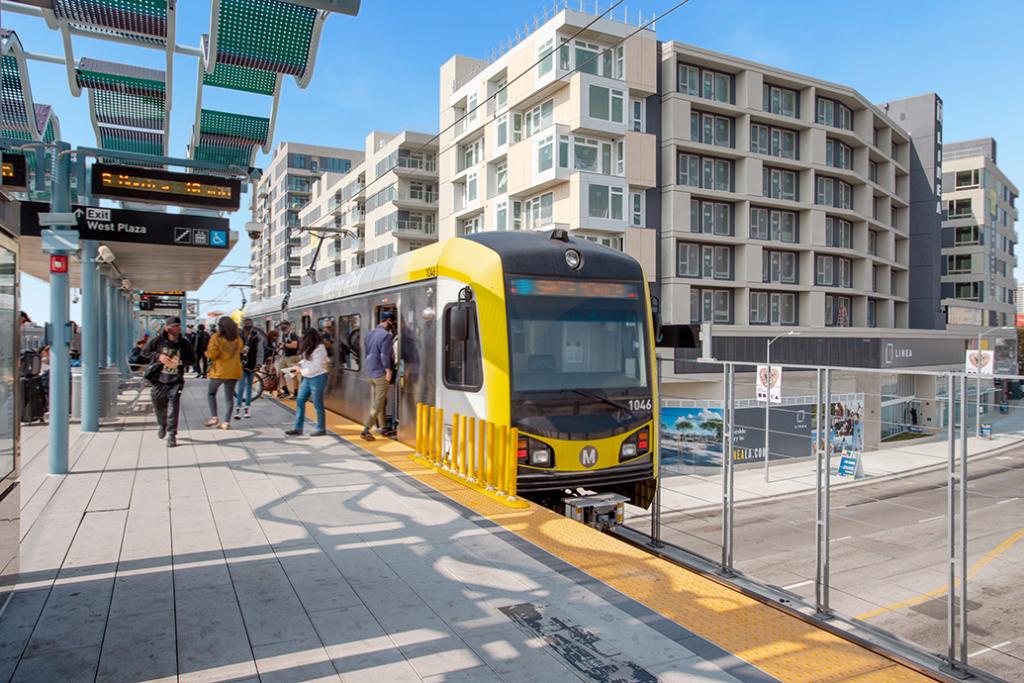 In recent years, the City has created the most successful transit-based affordable housing incentive program in the country, tripled overall housing production, quadrupled the percentage of affordable housing being proposed in new projects, raised nearly $100 million in new funding for affordable housing, and led the state in producing more Accessory Dwelling Units (ADUs, also known as second units, guest houses, or casitas). During that time, Los Angeles has continued to expand tenants’ protections.

Since 2014, the City has permitted more than 136,000 housing units—exceeding both the Regional Housing Needs Assessment (RHNA) target of 82,000 units and the more ambitious 100,000-unit goal set by Mayor Eric Garcetti.

This production uptick is largely attributable to an increase in the number of mixed-income projects, primarily facilitated by the 2017 creation of the highly successful Transit Oriented Communities (TOC) Incentive Program, which incentivizes mixed-income and 100% affordable housing projects.

As a result of the TOC Incentive Program, the City has approved over 35,000 housing units, almost 25% of which were reserved as affordable—mostly for Extremely Low-Income (ELI) households, equivalent to an annual income of $35,450 or less for a family of four.

This program’s combination of incentives and requirements has supported overall housing production while increasing the percentage of affordable units. For example, 27% of all units proposed in 2021 will be affordable, a significant improvement from the 6% rate we witnessed in 2016, prior to the creation of the TOC Incentive Program.

Beyond the overall number of units, the TOC Incentive Program has allowed Los Angeles to deliver on two separate yet related fronts. First, it established a new level of affordability devoted exclusively to those with the lowest incomes: households earning up to 30% of the area median income, those who are most susceptible to becoming homeless.

Secondly, the program has helped address concerns about the equitable distribution of affordable units across the City, ensuring that affordable housing is built in areas near transit to improve neighborhoods’ walkability and access to basic household amenities. As City Planning’s Fair Share Housing Report found, all of the affordable housing being constructed in high-resource neighborhoods is the result of the City’s incentive programs.

While the TOC Program has been the primary driver in recent years for affordable housing development, it isn’t the only catalyst for housing production in Los Angeles.

The City’s Affordable Housing Linkage Fee (Linkage Fee) has also played a pivotal role in fostering an equitable mix of affordable units. The Linkage Fee is a program that City Planning and the Los Angeles Housing Department developed in 2017. It ensures that all development projects contribute to the production of affordable units, either by building on-site affordable housing, or paying a fee to fund their construction.

That said, to date, the Linkage Fee has raised almost $100 million—most of it collected from single-family developments.

Private developers went from providing next to no affordable units prior to 2013 to having upwards of half of all permitted affordable units set aside as restricted affordable in 2021. This didn’t happen in a vacuum. It was the result of new land use policies that the Department initiated to address broader issues related to affordability, equity, and access in Los Angeles.

While Los Angeles has made progress in affordable housing production, our achievements are not nearly enough to address the City’s significant, ongoing housing needs. As outlined in the City’s recently adopted Housing Element (more commonly known as the Plan to House LA), the City would need to permit 57,000 units each year, with 40% of those affordable to lower-income households, to resolve the deficit of housing accumulated over the past 50 years.

To that end, Los Angeles has implemented other policies that have relieved pressures on cost-burdened renters, such as strengthening enforcement measures against short-term rentals and creating a pathway to legalization for unpermitted units. In addition, the City has implemented efforts to meet the significant housing needs of people experiencing homelessness, including the creation of emergency shelters and streamlining the production of supportive housing. The Plan to House LA further illustrates Los Angeles’s resolve to fully address all housing needs through transformative change.

As cities expand alternative models for housing, the housing elements of their general plans have played an increasingly important role in directing those discussions. In California, the general plan has provided a foundational guide for local governments by establishing land use designations that inform future zoning rules. Each update to a general plan’s housing element analyzes local housing conditions and informs future land use policies.

In November 2021, the City adopted the most ambitious update to its Housing Element—a plan that would accommodate more than 456,000 units over the next eight years, of which more than 184,000 would be affordable to lower-income households.

This plan and its strategies will expand housing production, make housing more readily available across the City, and strengthen tenants’ protections. And, the plan makes a firm commitment to center equity at the core of all these future decisions, to ensure that those who have been most impacted by our housing crisis are at the center of the vision to end it.

A few months ago, the Los Angeles Times editorial board pointed to the City’s recently adopted Housing Element plan as reason for hope that an end to the housing crisis is in sight. They wrote that Los Angeles’s housing plan is “honest, ambitious and has the potential to make L.A. a more equitable and affordable city.”

Even the San Francisco Chronicle’s editorial team encouraged people around the Bay Area to look to LA for inspiration on rising to the challenge of meeting jurisdictional housing needs.

While the work is far from over, Los Angeles is making meaningful progress on housing issues. The number of new housing units is currently exceeding population growth—and rates of overcrowding, cost burden, and rents have shown signs of moderation in recent years.

The victories we’ve won are thanks to our community partners, dedicated staff, and support from leadership at all levels of government. Let’s continue to work to make the California housing crisis a thing of the past and Los Angeles the center of its solutions.