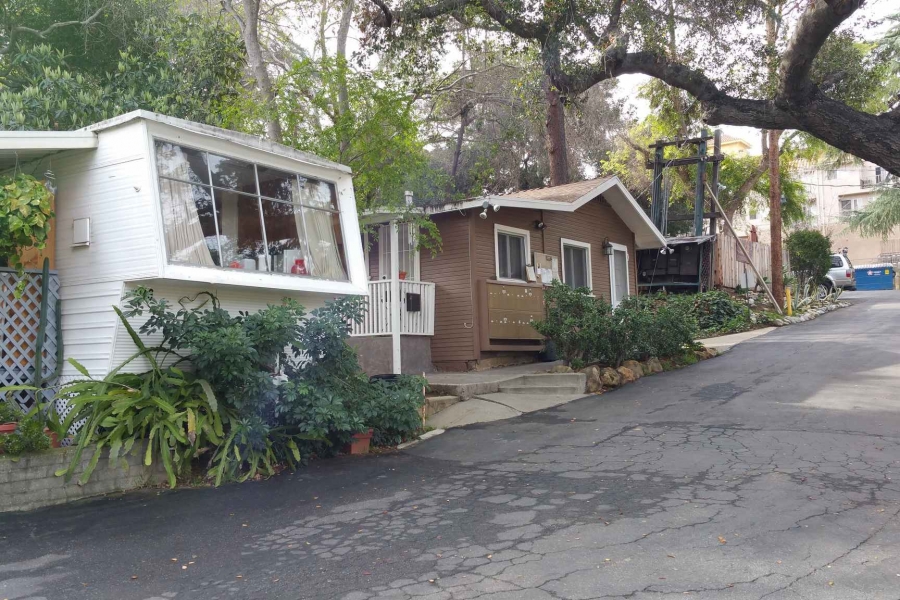 A trailer park as a designated historic landmark? Since the term “trailer park” has sometimes carried with it negative connotations in popular culture, such an idea might initially elicit the reaction, “Only in L.A.!”

But the Monterey Trailer Park, at 6411 Monterey Road in the Northeast Los Angeles community of Hermon (located between Highland Park and the City of South Pasadena), was very deserving of City Historic-Cultural Monument status when its designation was approved in 2002, since its unique history and features tell an important story of travel and in-migration to Los Angeles.

The trailer park or mobile home park evolved from the concept of an auto camp, also sometimes called an “auto court” or “motor court.” With the introduction of the Ford Model T in 1908 and the growing popularity of automobile trips for pleasure, the need arose for readily accessible, inexpensive lodgings outside of city centers where drivers could park their cars easily, pitch tents, and access facilities and shared amenities such as toilets and showers, laundry, and kitchen facilities. Since some of these auto camp facilities had cabins containing a bed and were designed for a motor vehicle to be pulled alongside them, they were early precursors of the motel.

In 1923, Edwin and Elmer Drummond saw such an opportunity with property they owned along Monterey Road, which was a major thoroughfare and northern point of entry into central Los Angeles before the Arroyo Seco Parkway (110 Freeway) was constructed in 1940. Elmer owned a nearby gas station at Monterey Road and Avenue 60, and Edwin owned a local bicycle shop. In 1926, after offering their property as an auto camp for a few years, the Drummond added cabins and a public amenity structure. From 1926 to approximately 1945, travelers who stopped at the Monterey Auto Camp were offered visitor housing at a collection of landscaped campsites and cabins.

This period was a time of widespread automobile tourism to Los Angeles, during which many short-term visitors were soon convinced to become longer-term Southern California residents. So the Monterey Auto Camp, and other facilities like it, played a significant role in shaping the evolution and growth of the city. 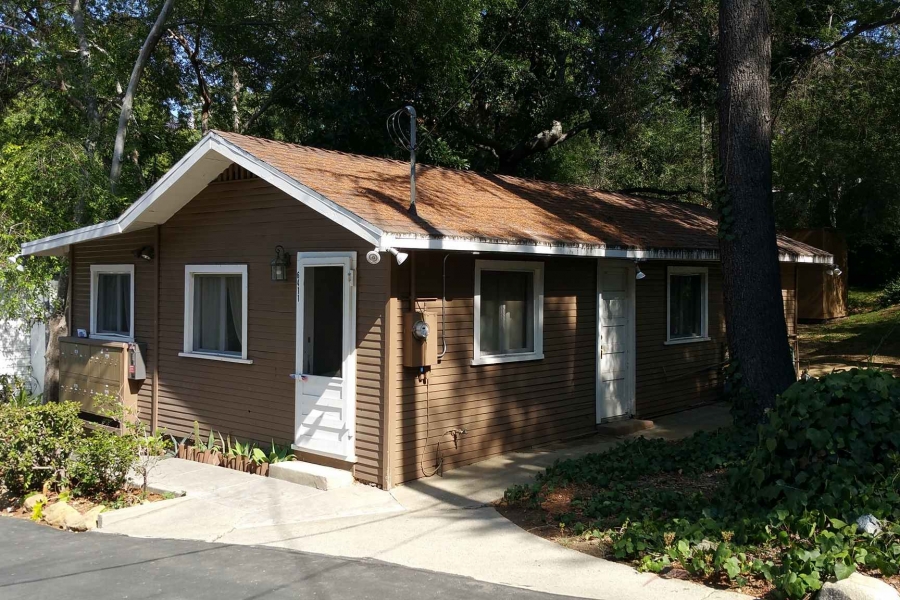 During the late 1930s, the auto camp was renamed the Monterey Trailer Park and began allowing travelers to become permanent residents. By the end of World War II, the Monterey Trailer Park had fully transitioned into permanent housing, given the shortage of housing for returning GIs. The massive post-World War II migration to Los Angeles further encouraged trailer park living since it was inexpensive and portable, providing much-needed housing affordability and accessibility. In recent decades, the popularity of trailer parks has declined, so few parks remain intact from this early period, and even fewer contain remnants of their beginnings as auto camps.

At the Monterey Trailer Park, this early legacy remains visible. The Common House, built in 1926 as the camp bathhouse, laundry room, kitchen and dining area, remains intact on the site, as does the original Auto Camp office, with Craftsman detailing, now used as a private home. The property also includes other structures designed by Elmer Drummond as residences during the 1920s.

The original landscaping of the Monterey Trailer Park is still largely intact. The site features five majestic Monterey pine trees planted in the 1920s, along with tall, mature cypress pines flanking the park entrance. The property also has massive live oak trees, well over 100 years old; two California redwood trees in front of and behind the park office; and approximately mature Chinese elms and walnut trees. A network of roads, paths, and cement stairs tie the north and south sides of the park complex together, with most paths and roads lined with original Arroyo stone borders. 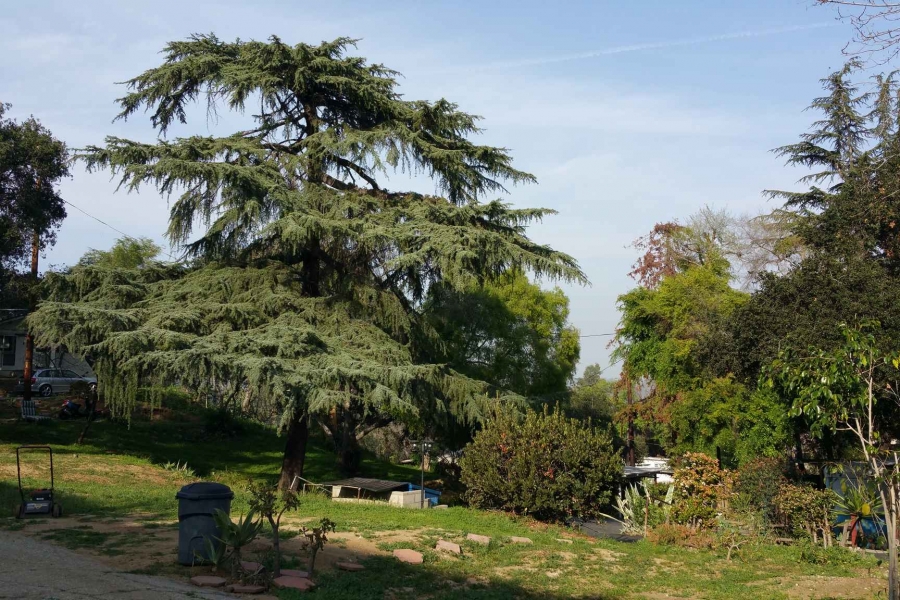 In 2017, the property’s owners worked with preservation architect Louisa Van Leer to introduce compatible new housing units on the property. The project has preserved and enhanced the historic landscaping and site configuration that give the Monterey Trailer Park a unique sense of time and place, capturing the early years of automobile tourism in Los Angeles.

In 2016, City Planning’s Office of Historic Resources completed a narrative report on the theme of Trailer Parks and Mobile Home Parks in Los Angeles 1920-1969, as part of the citywide Historic Context Statement for SurveyLA, the citywide historic resources survey. This provides a framework for understanding the history of Los Angeles trailer parks and mobile home parks, as well as standards for assessing the potential historic eligibility of other trailer park locations. HistoricPlacesLA, the citywide inventory of historic resources, includes other trailer parks and mobile home parks across the city that were identified through SurveyLA. Search for “mobile home” or “trailer” as keywords under the search function to yield additional results.