Throughout the first half of the 20th century, Los Angeles’ residential patterns were defined by racial segregation, legally enforced through restrictive covenants that prohibited non-Caucasian residents from living in most neighborhoods of the City. These covenants were further reinforced by white homeowners’ associations, which were often formed to defend the racial “purity” of the community. These associations conducted covenant-writing campaigns, organized community meetings, and filed lawsuits in cases where individual covenants were broken. 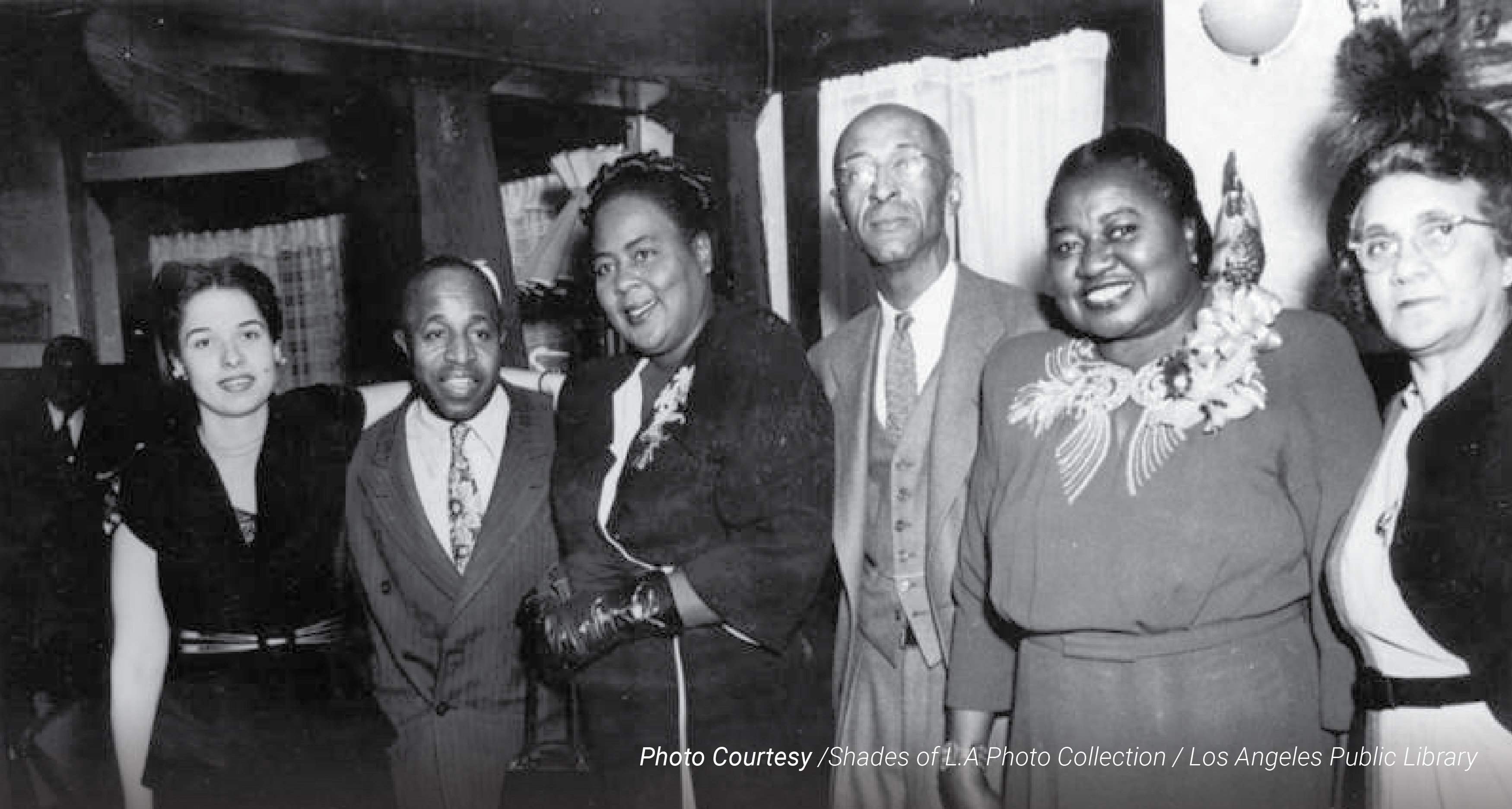 Despite this disgraceful history, Los Angeles was also at the forefront of the struggle to end racial covenants—a story that connects to the historic neighborhood of West Adams Heights, commonly known for many decades as Sugar Hill.

Non-Caucasians were restricted from owning or leasing property in West Adams Heights as far back as 1902. When the covenants began to expire in the 1930s, some, but not all, property owners signed agreements renewing the restriction on Non-Caucasians. In 1938, Blacks finally broke the color line in this neighborhood when businessman Norman O. Houston, one of the founders of Golden State Mutual Life Insurance, purchased a home in the area at 2211 S. Hobart Boulevard. Houston waited three years to move in, fearing a backlash from his white neighbors. Once he did move in, other members of the Black elite followed, including actresses Louise Beavers, Ethel Waters, and Hattie McDaniel. (Ms. McDaniel was the first African American to be awarded an Oscar when she won the Academy Award for Best Supporting Actress for her role in 1939’s Gone with the Wind.) 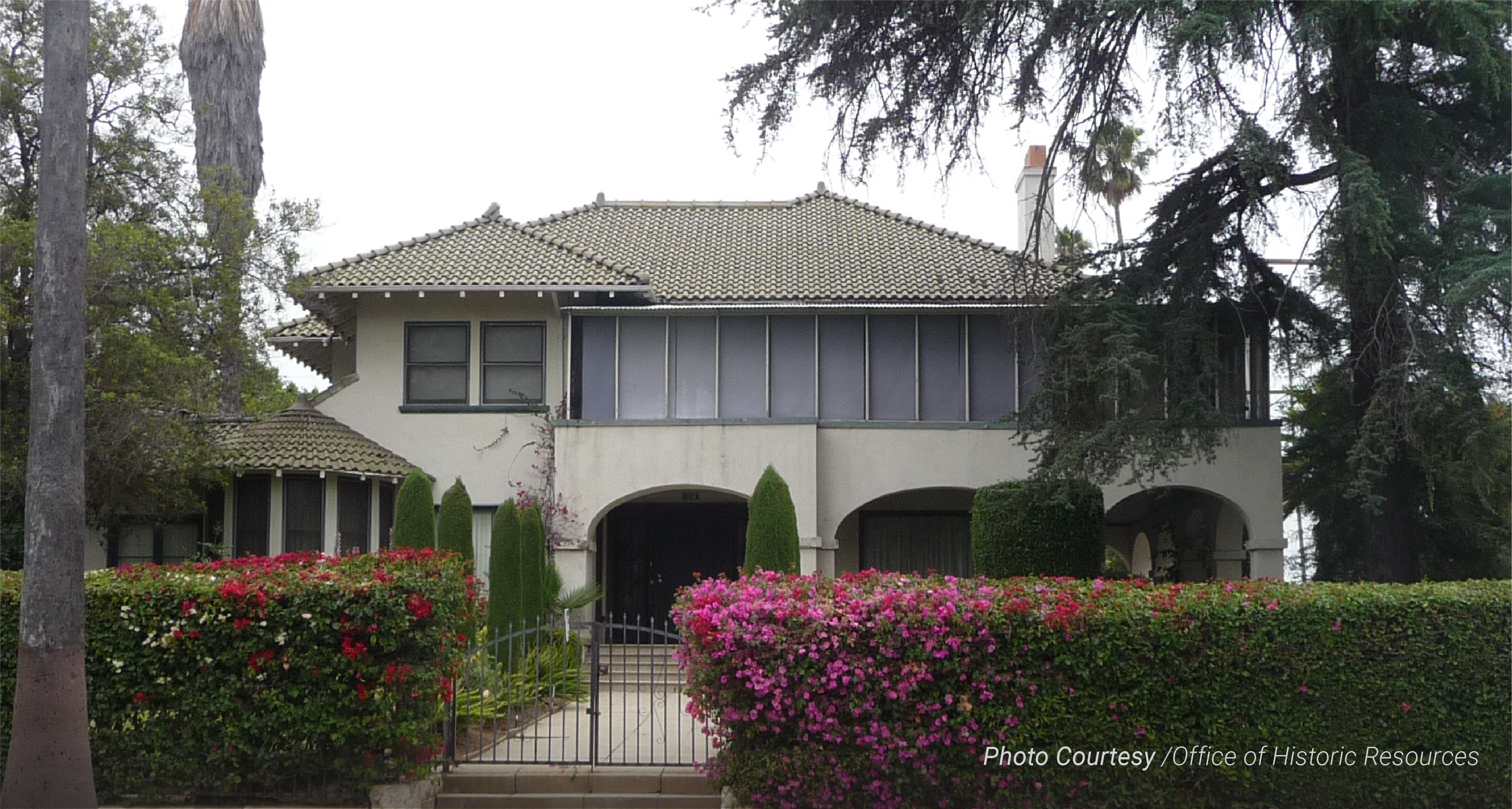 The all-white West Adams Heights Improvement Association filed a lawsuit contending that the white homeowners who sold the homes violated the racial covenant on the property. The Black homeowners retained attorney Loren Miller to defend their right to own property and live in this once all-white neighborhood.

Miller prevailed against the homeowners’ association in Los Angeles Superior Court, and then again before the California Supreme Court. After successfully representing the defendants, Miller went on to work with a team of lawyers to help bring the issue before the U.S. Supreme Court, where it was considered under the Shelley v. Kraemer case; Miller wrote the brief and argued the case alongside Thurgood Marshall. In that 1948 case, the Supreme Court ruled that racially restrictive covenants could not be enforced by the state of California, because the enforcement of the covenant would require the state to implement a discriminatory action.

The Sugar Hill neighborhood today consists of 26 properties, bound by 22nd and 25th Streets and Harvard and Hobart Boulevards. The neighborhood features grand residences influenced by Arts and Crafts architectural styles, including many designed by noted architects of the era. But Sugar Hill stands out as particularly significant for the important role it played in African Americans’ quest to end the deed restrictions that promoted racial segregation.