Wayfinding is an informational system of signs, colors, and other design elements that helps people navigate space, often in an urban environment.

As the system people use to orient themselves when traveling, wayfinding helps us interpret the physical environment. Even if we don’t always realize it, wayfinding is everywhere around us.

It helps us navigate and explore new places, and contributes to our sense of comfort in large public settings. It creates a sense of arrival and helps us orient ourselves and find our bearings.

Think of the signs we look for when we disembark from an airplane and search for the baggage claim, or when trying to find our classrooms on the first day of college, eagerly peering in building after building!

We can probably all remember times when we appreciated clear signs, visibility, and lighting that guided us to our destination. We can probably also remember times we were frustrated with a wayfinding system that wasn’t intuitive or carefully planned to help us get from point A to B and back by delivering information at key points during our journey.

You may be asking: what does wayfinding have to do with urban planning?

Well, urban planning is about the design and regulation of the uses of space (such as residential, commercial, industrial, and, yes, recreational), with a particular focus on cities’ physical form (everything from the built environment to its surroundings).

On the one hand, urban planning is the process by which cities meet the needs of their communities through the application of zoning and land use regulations.

On the other, urban design is the approach cities use to influence the design of buildings and the spaces between them, primarily to achieve specific design-related objectives, such as pedestrian-oriented design and design that harmonizes with its surrounding community. 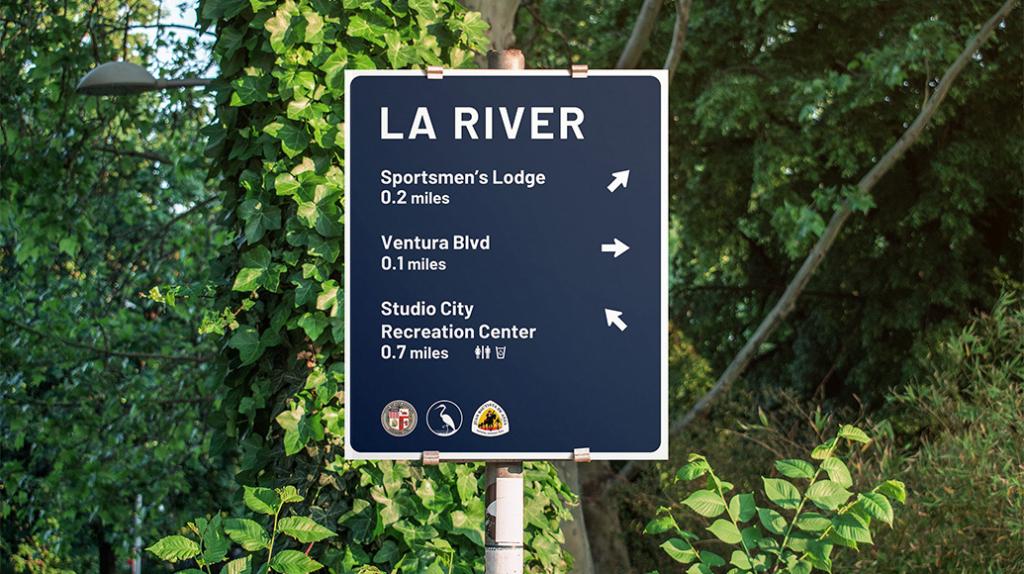 Urban design weaves together the fields of architecture, landscape architecture, and planning to better organize the physical spaces near and dear to us.

In Los Angeles, City Planning’s Urban Design Studio works to elevate the quality of our public and private design and create a more vibrant, livable, and sustainable City. The studio’s guiding values aim to match the high standard of Los Angeles’s remarkable private spaces in the public realm by elevating design expectations and promoting L.A. as a center of design innovation and experimentation.

In 2019, City Planning, through a grant funded by the National Parks Service, working with the Los Angeles Department of Transportation (LADOT) and the Mayor’s Office, initiated an effort to improve connections to and from the Los Angeles River—the original source of life for Angelenos, along whose banks the indigenous Tongva people lived, the Spanish built the City’s first settlements, and today, many culturally diverse neighborhoods thrive.

The program’s aim was to direct users of the LA River bikeway to nearby amenities, open space, and existing and future infrastructure in three pilot areas along the 31.5-mile portion of the river within our City’s boundaries. Similarly, signs were placed on arterial roads outside the river’s edge to raise awareness of the river as an open space resource and to direct neighbors and visitors to lesser-known access points.

Through this program, the objective was to highlight access points every one-half to one mile, rest hubs, hydration stations and restrooms, and recreational areas with public programs through better signage.

In collaboration with the County’s L.A. River Master Plan team, our talented in-house graphic designers came up with these signs to foster a sense of community and promote activity along the L.A. River pathway, which will eventually connect many communities as it traverses the City from the headwaters in Canoga Park, running through the San Fernando Valley, along Griffith Park and Elysian Valley, Downtown Los Angeles and Boyle Heights, and eventually to the Pacific Ocean.

The results were palpable. Especially during the pandemic, as people sought safe opportunities to go outside and enjoy some fresh air, those who explored this stretch of the L.A. River experienced riverfront living and our green space network firsthand, and saw how the area had been transformed.

We took the same approach to urban planning and design when developing our Privately Owned Public Spaces, or “POPS,” wayfinding signs.

Recognizing how restorative public spaces can be for our psyches and well-being, especially after being cooped up during the pandemic, we began to think about Downtown and all the incredible sites it has to offer—from music and entertainment venues to museums to unique neighborhood districts with local shops. We also began to think about the common areas we pass through by foot and transit, between destinations.

This thinking prompted our recent decision to create an online inventory of existing POPS, representing commitments made through many decades of developer agreements with the City.

This StoryMap will be a powerful visual tool that lets workers, visitors, and residents know where to find commonly accessible public space—everything from rooftop gardens to courtyards and pocket parks—that could provide a moment of repose or a meeting point to enjoy with friends and family.

As new POPS are created throughout the City, an impactful wayfinding sign template, again developed by our in-house graphic designers, will identify these community assets and create a unique brand for them going forward. The City’s first-ever POPS sign creates a sense of inclusivity for anyone using these public spaces.

As urban planners, we thrive on seeing improvements to our neighborhoods and feel proud of the positive impact these wayfinding signs have had and will continue to have on residents’ and visitors’ everyday lives, whether they are following the L.A. River or exploring our urban core Downtown. 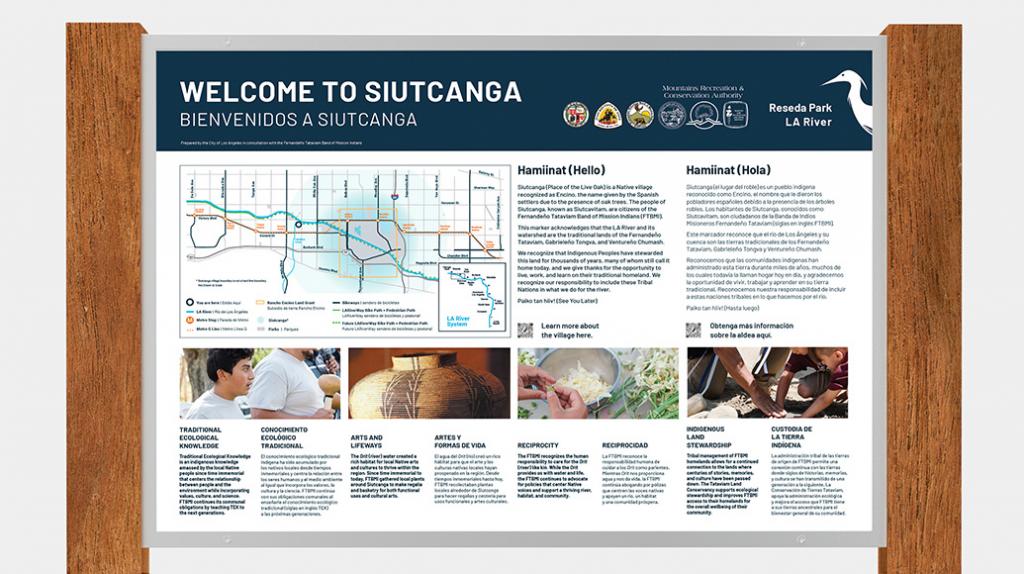