The demography of Los Angeles City Planning’s workforce in 2020 is one mark of the advances women have made in a historically male-dominated field. Our planners are 58% female, and 64% of our planning supervisors are women. Including all the department’s employees, we are 59% female, with 62% of our supervisory positions filled by women. In honor of Women’s History Month, this month’s blog looks at the relationship between women and city planning over the last century.

Jane Jacobs (1916-2006), the celebrated activist and opponent of Robert Moses, is the subject of the 2017 documentary Citizen Jane: Battle for the City. Though not a city planner herself, Jacobs made a lasting mark on the profession with her critique of urban design, The Death and Life of Great American Cities. An advocate for density, diversity, and the life of city streets, Jacobs questioned many of the assumptions about urban environments that guided planners. Her democratic view of cities is summarized by one of her most famous quotes: “Cities have the capability of providing something for everybody, only because, and only when, they are created by everybody.” 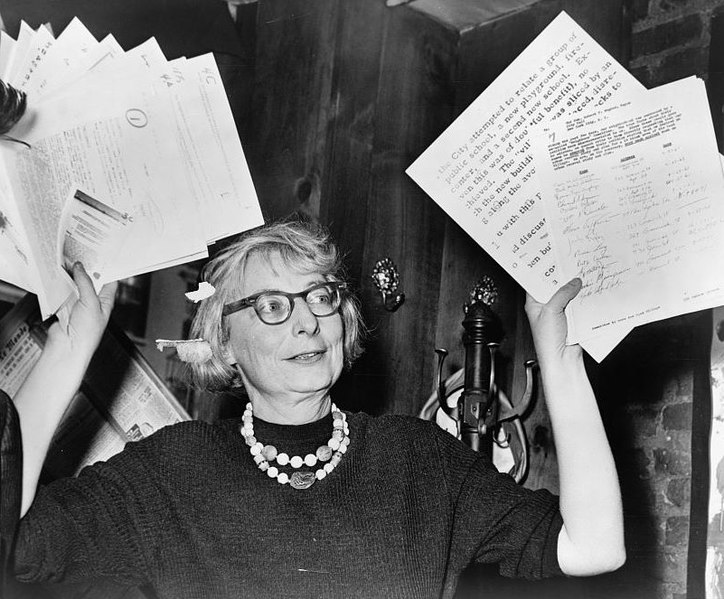 Women and people of color have fought for representation in city planning since it became a scholarly discipline and a profession in the 20th century. The American Planning Association founded the Planning and Women Division in 1979 to support women working in the field, but also to consider and address the ways male perspectives have shaped cities.

Mildred Warner, a professor in Cornell University's Department of City and Regional Planning, devotes a section of her website to "Planning with a Gender Lens.” It shines a light on the effects of city planning on women's health, safety, and freedom, as well as issues that women planners face in the workplace.

The problem of representation is not limited to cities in the United States. In 2018, Forbes profiled Women in Urbanism (WiU), a network of female professionals in Aotearoa (New Zealand) who work in architecture and city planning. These fields continue to skew male and white, as WiU observed:

"What do panels, keynote speakers, managers, senior leaders, boards and meeting rooms in the urban industries all have in common? A serious lack of representation of women. In Aotearoa, this also means women of colour: Māori and Pasifika are notably left out.

"Instead, there's an over-representation of men - mostly white and middle-aged - from privileged backgrounds, and they are the ones who make decisions about our cities."

One of the group's projects is investigating the relationship between gender and modes of transportation. For example, WiU finds that the disparity in bicycle riding between men and women in New Zealand is not due to choice, but to "the lack of safe infrastructure."

A few months ago, BBC News asked: "What would a city designed by women be like?" For answers, they looked to the feminist collective of architects, sociologists, and planners, Col·lectiu Punt 6, which has a vision of a more inclusive Barcelona. Under the city's first female mayor, Ada Colau, the Barcelona City Council recently prioritized "urban planning with a gender perspective."

Punt 6, named after the sixth point in the 2004 Law of Neighborhoods, has ideas about how to reshape women’s bathrooms, playgrounds, and public transportation for gender equity. The group also supports creating pedestrian-friendly “superblocks” inaccessible to cars.