On Wednesday, January 22, the City hosted the kick-off meeting of the Housing Element Task Force. Los Angeles City Planning Director Vince Bertoni and Housing + Community Investment Department General Manager Rushmore Cervantes opened the meeting by welcoming the Task Force members, who represent a range of diverse perspectives and expertise. Following introductions, Task Force members broke out into round table discussions, where they shared various policy ideas that they would like to explore through the 2021-2029 Housing Element update. During the table discussion report-out, a visual summary of the policy suggestions was created, shown above. Staff then provided an overview presentation on the Housing Element Update process, the role of the Task Force, and next steps. Following this meeting, members will be assigned to a sub-committee, where they will meet to provide targeted guidance on specific topic areas. 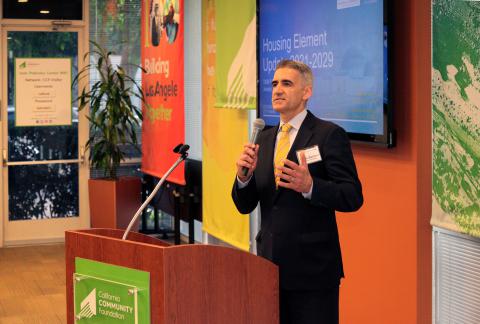 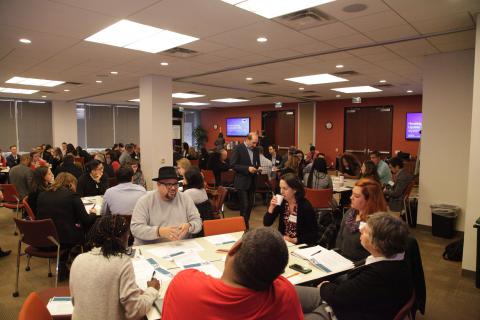 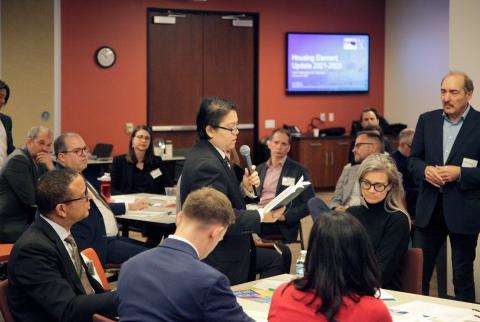 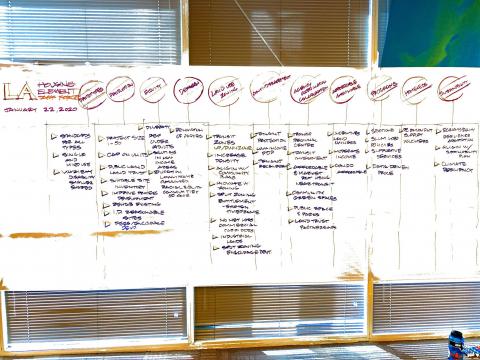