Banning Park HPOZ is located near the Port of Los Angeles in the Wilmington community. The area comprising the HPOZ was originally part of the estate of General Phineas Banning, the “father of Wilmington,” an early developer of the port of San Pedro and a railroad tycoon. In 1927, William Wrigley Jr., of chewing gum fame, purchased a portion of the estate, now known as Banning Park, and developed the area with residences to house employees of Wilmington businesses. The architectural cohesiveness of this neighborhood can be attributed to locally prominent architect Sid Spearin, who called the development the “Original Court of Nation” and based his residential designs on Period Revival styles including Spanish, Dutch, American Colonial and Tudor Revival. The Banning Park HPOZ was adopted by City Council in 2001. 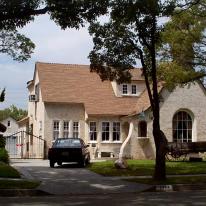 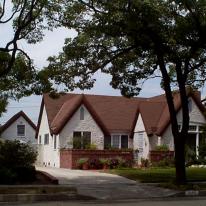 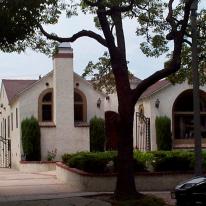 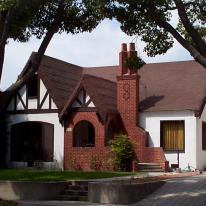 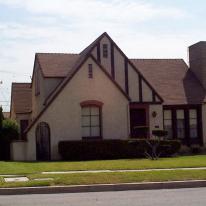 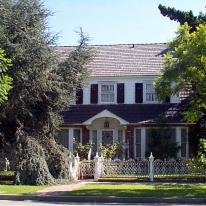