J. Harvey McCarthy developed Carthay Circle, originally called Carthay Center, between 1922 and 1944. He envisioned the neighborhood, named after a variation of his surname, as a complete community with a church, elementary school, hotel, theater, commercial center and a variety of housing opportunities. Captivated by California history, McCarthy named the streets in honor of prominent figures of the California Gold Rush. Carthay Circle was the first subdivision in Los Angeles to be planned with underground utilities, maintaining the streetscape free of the clutter of telephone poles and electric wires. The architecture of this primarily residential HPOZ is dominated by the Spanish Colonial Revival style, in keeping with its founder’s fascination with California history, although examples of the Tudor, French, and American Colonial Revival styles can also be found. Once home to the famed Carthay Circle Theater, site of such film premieres as Snow White and Gone with the Wind, the multicolor tiled circular dome atop the theater tower and the circular auditorium inspired the community to change the name from “Carthay Center” to “Carthay Circle.” The Carthay Circle HPOZ was adopted by City Council in 1998. 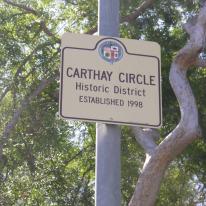 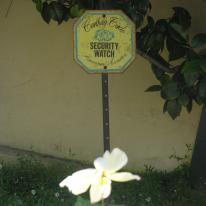 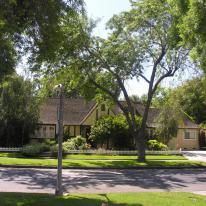 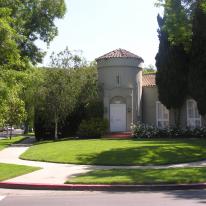 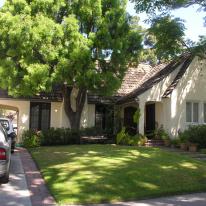 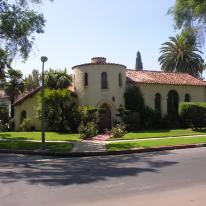 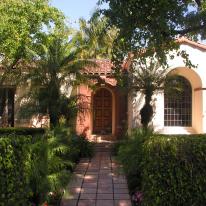 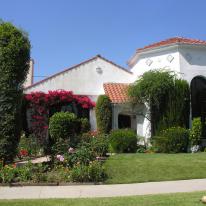 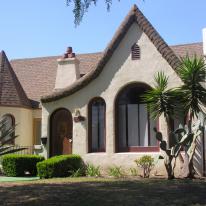 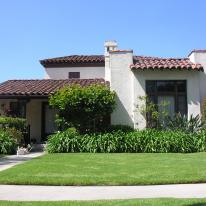