The Carthay Square HPOZ is located in the western part of Central Los Angeles. It borders the Carthay Circle HPOZ on its northern side and the South Carthay HPOZ on its western side. The survey area is bounded by Pico Boulevard to the south, Fairfax Avenue to the east, Olympic Boulevard to the north, and the Stearns Drive alleyway to the west. It includes single-and multi-family residences constructed primarily in the 1920s and 1930s. Most buildings in the proposed HPOZ were constructed in styles associated with the Period Revival idiom. The dominant architectural style is Spanish Colonial Revival; other styles include Tudor Revival, Mediterranean Revival, Monterey Revival and French Revival. The district is characterized not only by its buildings but also by spatial and landscape features such as its grid street plan, asphalt streets, consistent lot sizes and setbacks, concrete sidewalks, and landscaped parkways. The Carthay Square HPOZ was adopted by City Council in 2017. 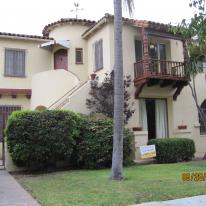 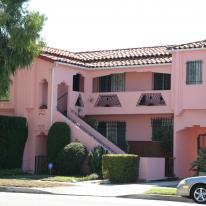 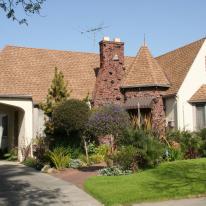 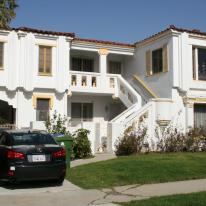 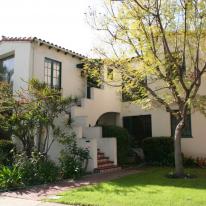