The Oxford Square HPOZ is located in central Los Angeles, about five miles west of downtown. It is bordered by the Windsor Village HPOZ on the north, the Country Club Park HPOZ on the east, Pico Boulevard on the south, and Plymouth Boulevard to the west. The proposed Oxford Square HPOZ is also situated just north of the La Fayette Square HPOZ. The proposed Oxford Square HPOZ comprises 191 parcels on both sides of Windsor Boulevard and Victoria Avenue. It is composed of one to two-and-a-half story single-family residences constructed primarily between 1900 and 1920, with a smaller amount of residences constructed in the 1930’s. Most of the buildings in the proposed HPOZ reflect styles associated with the Arts and Crafts and Period Revival modes of architecture, including Craftsman, American Colonial Revival, Spanish Colonial Revival, and Mediterranean Revival. The district is characterized by the consistency of building styles and massing, as well as its spatial and landscape features such as its rectilinear gridded street pattern, concrete-paved streets, concrete sidewalks, landscaped parkways with mature Canary Island date palms, relatively consistent lot sizes, and gently sloping lawns. The Oxford Square HPOZ was adopted by City Council in 2017. 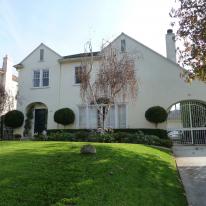 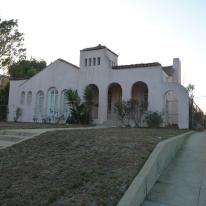 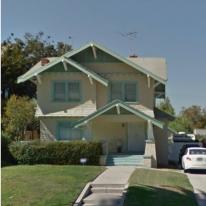 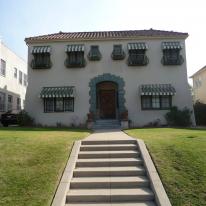 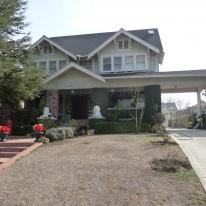 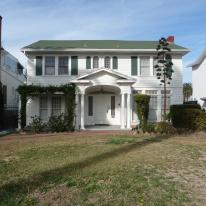 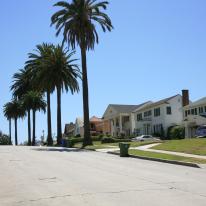