A neighborhood of modest one-story Period Revival styles houses built between 1916 and 1926, Spaulding Square was named after real estate speculator Albert Starr Spaulding who purchased and subdivided the land in 1914. Spaulding attracted buyers to the area using a “lecture and lunch” strategy whereby interested buyers received a free streetcar ride, a meal, and a talk on the endless possibilities of the area. Sales were also fueled by the rise of the film industry. The neighborhood location off Sunset Boulevard—fast becoming the major route between studios in Hollywood and stars’ homes in Beverly Hills—made it an appealing place for film technicians and up-and-coming actors to settle. Actress Lucille Ball and director Hugo Hass both lived in the area. The Spaulding Square HPOZ was adopted by City Council in 1993. 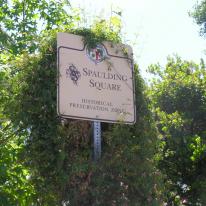 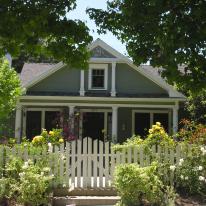 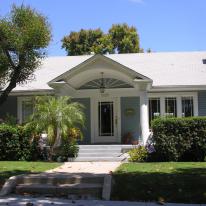 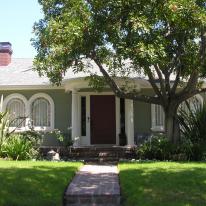 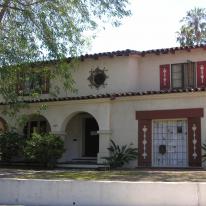 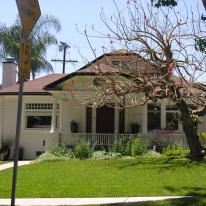 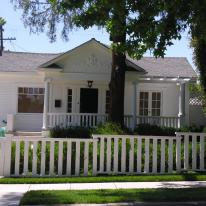