Located just north of the Santa Monica Freeway in Historic West Adams, Western Heights HPOZ is an architecturally diverse enclave filled with custom built homes and modest commercial buildings dating from the turn of the 20th century. The residential streets are characterized by two and two-and-one-half story single family residences in architectural styles including Queen Anne, Craftsman, Tudor Revival, and Spanish Colonial Revival, designed by some of the most prominent architects of Los Angeles, such as Myron Hunt and Paul Williams. Just outside the HPOZ, along Washington Boulevard features fine examples of the Streamline Moderne style as well as commercial adaptations of the Spanish Colonial Revival style. Much of the community’s architectural integrity remains intact despite the construction of the Santa Monica Freeway. The Western Heights HPOZ was adopted by City Council in 2001. 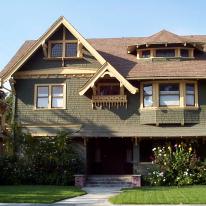 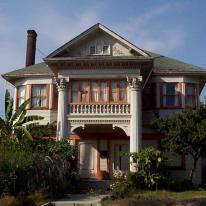 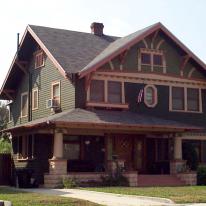 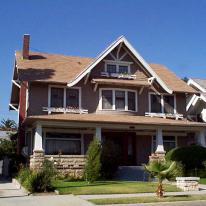 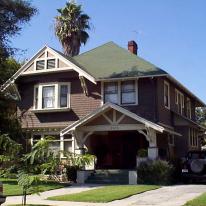 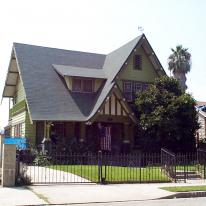