Whitley Heights is located in Hollywood, east of the Hollywood Bowl, occupying an area of lush hilly terrain to the north of Franklin Avenue. H.W. Whitley, who also helped develop Reseda, Van Nuys, and Hollywood, considered Whitley Heights his “crowning achievement.” Employing architect A.S. Barnes, Whitley sent him to tour and study the architecture and landscaping of the Mediterranean. Barnes designed the majority of the residences in Whitley Heights from 1918 to 1928, and recreated the ambiance of a Mediterranean village. The beauty and seclusion of Whitley Heights’ architecture and terrain quickly made it the home of Hollywood’s elite: Rudolph Valentino, Tyrone Power, Gloria Swanson, Rosalind Russell, Judy Garland, and Marlene Dietrich all called it home. Unfortunately, the construction of the Hollywood Freeway divided the original layout of the neighborhood and destroyed many houses. However, the use of the Spanish Colonial Revival style in Whitley Heights led the way for the popularity of this architectural style throughout Los Angeles. Whitley Heights Historic District is also listed in the National Register of Historic Places. The HPOZ was adopted by City Council in 1992. 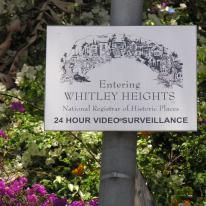 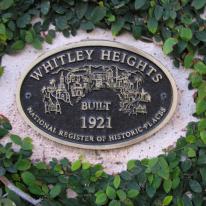 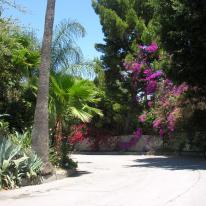 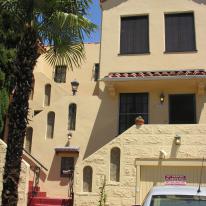 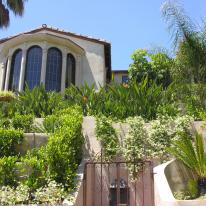 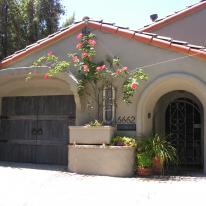 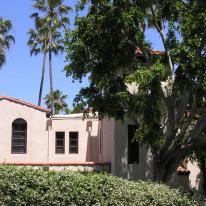 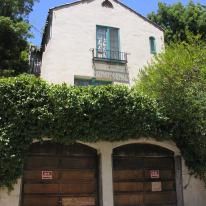 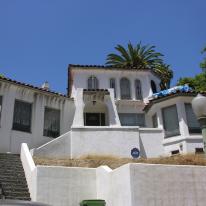 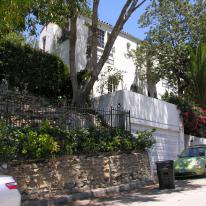 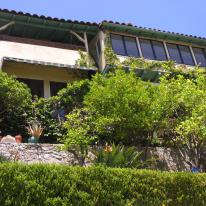