The Japanese American Nurseries of Sawtelle

Japanese Americans settled in the Sawtelle community even prior to its 1922 consolidation into the City of Los Angeles. The early arrivals initially came to the area to work in agriculture fields south of Pico Boulevard or at the nearby Soldier’s Home (today’s Veterans Administration campus).

Takashi and Shizuko Kato inside of nursery they owned and operated, circa 1951. 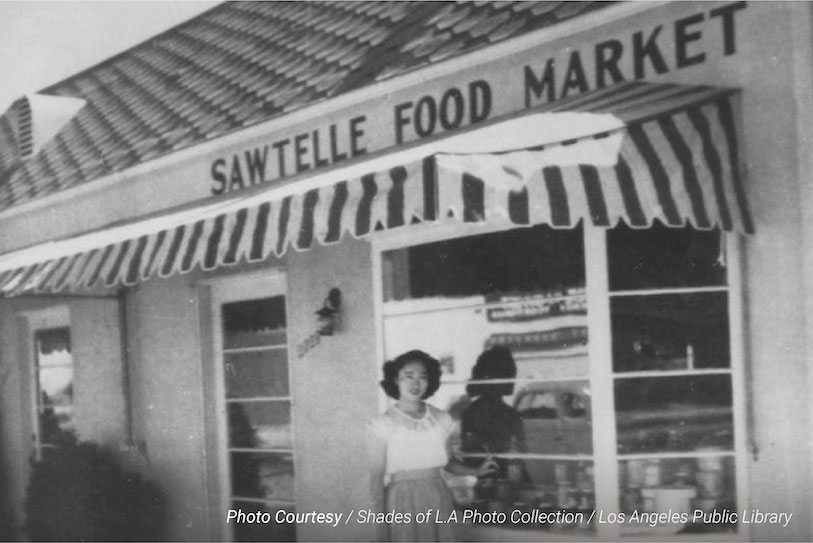 Japanese American woman in front of the Sawtelle Food Market, circa 1947.

To learn more about the history of the Sawtelle community and the forces that shaped the places significant to the Los Angeles Japanese American community, read the Japanese Americans in Los Angeles Historic Context, one of five citywide preservation frameworks developed by the Office of Historic Resources for the city’s Asian American communities.