How is Latinx Heritage reflected in some of the City’s Historic Treasures? 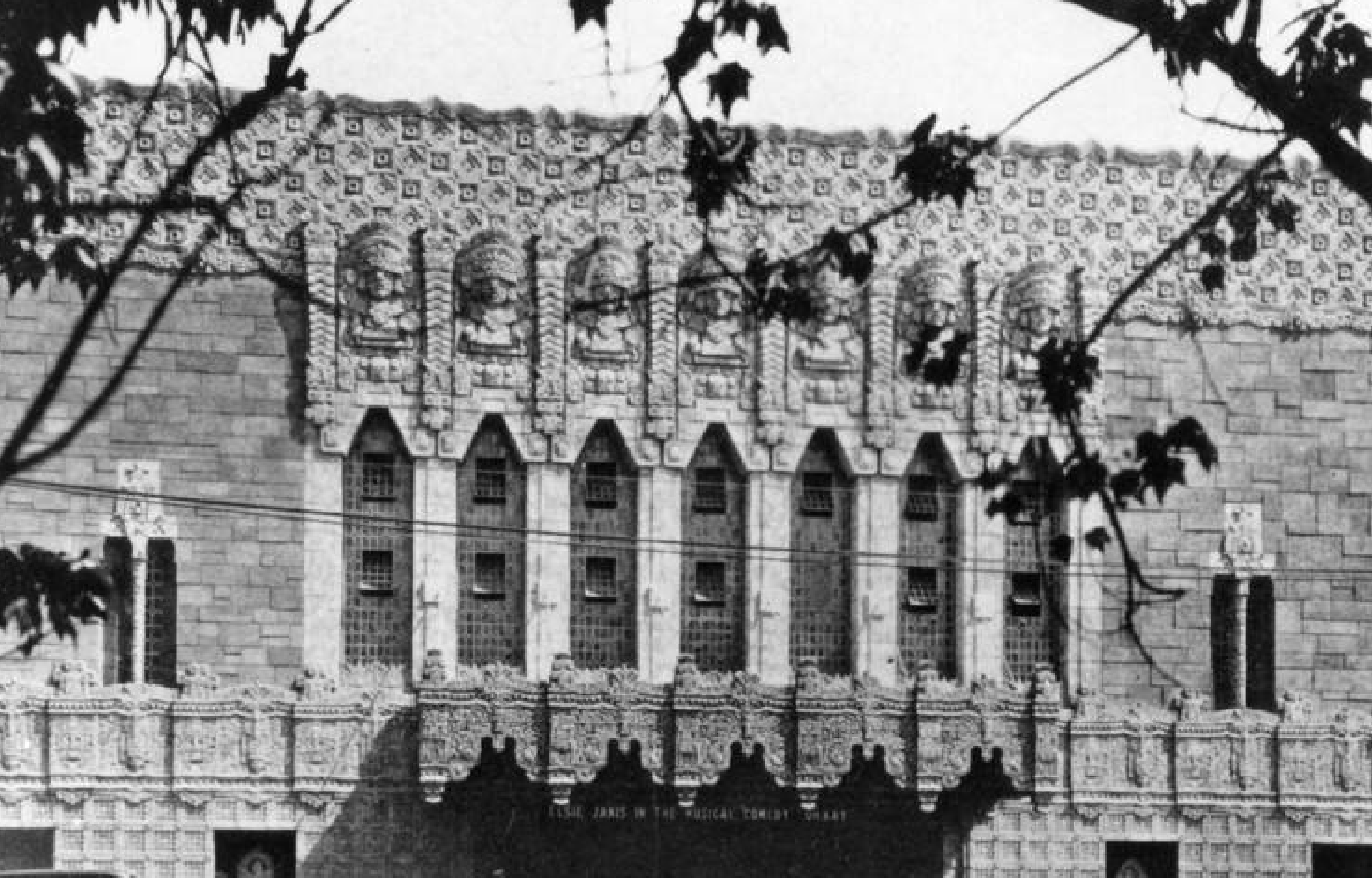 The Mayan Theater, the Million Dollar Theater, and the Great Wall of Los Angeles are just a few of the City’s iconic historic treasures associated with Latinx artists and designers whose work includes Colonial and Pre-Colonial imagery and influences, expressing through their work the negotiation and alliances between eras, cultures, languages, and customs that is often tied to the Latinx identity.

Though the Mayan Theater is attributed to the designer Stiles O. Clements of Morgan, Walls & Clements, LA’s Historic-Cultural Monument No. 460 includes the work of another designer. The stylized pre-Columbian patterns and figures on the facade and interiors of the Mayan Theater were designed by sculptor Francisco Cornejo, a Mexican painter and sculptor who specialized in Mayan and Aztec themes. Cornejo drew inspiration from eastern and south-eastern Mesamerican culture shared in present-day Mexico, Guatemala, Belize, and Honduras. Cornejo studied in Mexico and lived in Los Angeles 1911 to 1930. He curated an exhibition in 1926 of ancient American art and its modern applications in Los Angeles prior to the Mayan Theater being built in 1927. His decorative work on the interiors and facade at the Mayan is among his most famous commissions.

The Great Wall of Los Angeles, listed on the National Register of Historic Places, is one of the country’s largest and most respected monuments to inter-racial harmony. It was conceived by Chicana artist, teacher, muralist, and Social and Public Art Resource Center (SPARC) founder Judy Baca. Work on the public art piece began in 1974 and was completed over five summers by LA youth from diverse social and economic backgrounds and their families. Through her work on the Great Wall, Baca expresses her Latinx identity and honors Latin American artists and muralists like David Alfaro Siqueiros who in particular believed in the power of art to bring people information about themselves. Today, the idea that murals are a public canvas representing identity and heritage continues to resonate with Los Angeles’ Latinx communities. Murals as a vehicle to inform people about their own history is just as much a reflection of Latinx heritage as the artisan work visible in the historic theaters whose ornament includes both pre-Colonial and Colonial iconography.

The examples above are just a small sample of the many ways Latinx Heritage and identity is reflected in buildings and sites we experience throughout our city. These are tangible illustrations of our City’s rich history, visiting and exploring these sites are also opportunities for creating and extending cultural connections.

To learn more about these and other historic places associated with Latino Los Angeles, click here.