Hollywood Grove is a small neighborhood comprised of Turn-of-the-20th-Century houses in the foothills of the Hollywood Hills. The neighborhood, a collection of Craftsman and American Colonial Revival bungalows (with noticeable number of Period Revival houses as well), stands out as a strong indication of what a typical residential subdivision once looked like in the Hollywood community. Wide front yards with lush landscaping, front porches that embrace the sun, and views of rolling mountains and the ubiquitous Hollywood Sign make this former avocado grove an indelible part of Los Angeles’ history. The Hollywood Grove HPOZ was adopted by City Council in 2011. 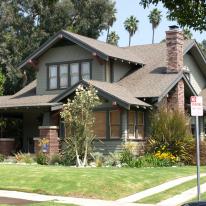 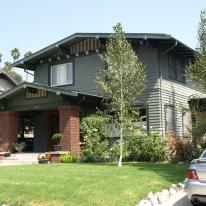 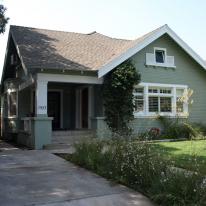 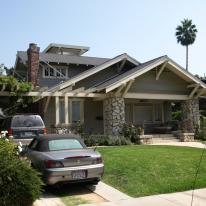