Plans for transit neighborhoods typically encourage building design and a mix of uses that foster transit use. This pattern of development is intended to expand mobility options for greater numbers of people; improve the livability of the City; reinforce neighborhood character and identity; and generate greater economic opportunity for all residents. For an overview of the City's efforts to plan for transit, please see the Planning for Transit Brochure.

The City of Los Angeles was awarded over $8 million from three separate grants through Metro’s Transit-Oriented Development (TOD) Planning Grant Program to partially fund this effort. The grant program supports planning efforts that enhance access to transit, reduce greenhouse gas emissions, and promote sustainable development. The first grant funds plans along the Crenshaw/LAX Line and the Exposition Line, the second grant funds planning efforts around the future Regional Connector stations and existing downtown stations, the Purple Line extension, and the Orange Line, and the third grant funds plans along and around the future Metro Active Transportation Rail to River Corridor.

The plans will encourage mixed-use development, mixed-income housing, employment, and infrastructure in neighborhoods connected by the City’s transit network and active transportation corridors. The plans may use strategies such as new zoning, development regulations, and design standards that improve walkability and better facilitate pedestrian, bicycle, and vehicular travel.

The plans generally focus on neighborhoods within a 15-minute walk, or half-mile, of the transit stations or corridors. Please note that the design and location of future Metro stations are determined by Metro and therefore outside the scope of this project, which is focused on enhancing the neighborhoods surrounding the stations.

Each station neighborhood has a unique character and distinct mix of housing and businesses, which City Planning will take into account in the its approach to stations' neighborhood plans. Developing plans is a collaborative effort that involves residents, the local workforce, business and property owners, developers, and community organizations. This process provides an opportunity for stakeholders to voice their ideas and concerns for the neighborhood’s future, including land uses, building design, public amenities, streetscape elements, and pedestrian, bicyclist, and vehicular circulation. City Planning will also coordinate planning efforts with other relevant City departments, including Transportation and Public Works, as well as with the neighboring cities of Inglewood, Culver City, Santa Monica, and Beverly Hills. 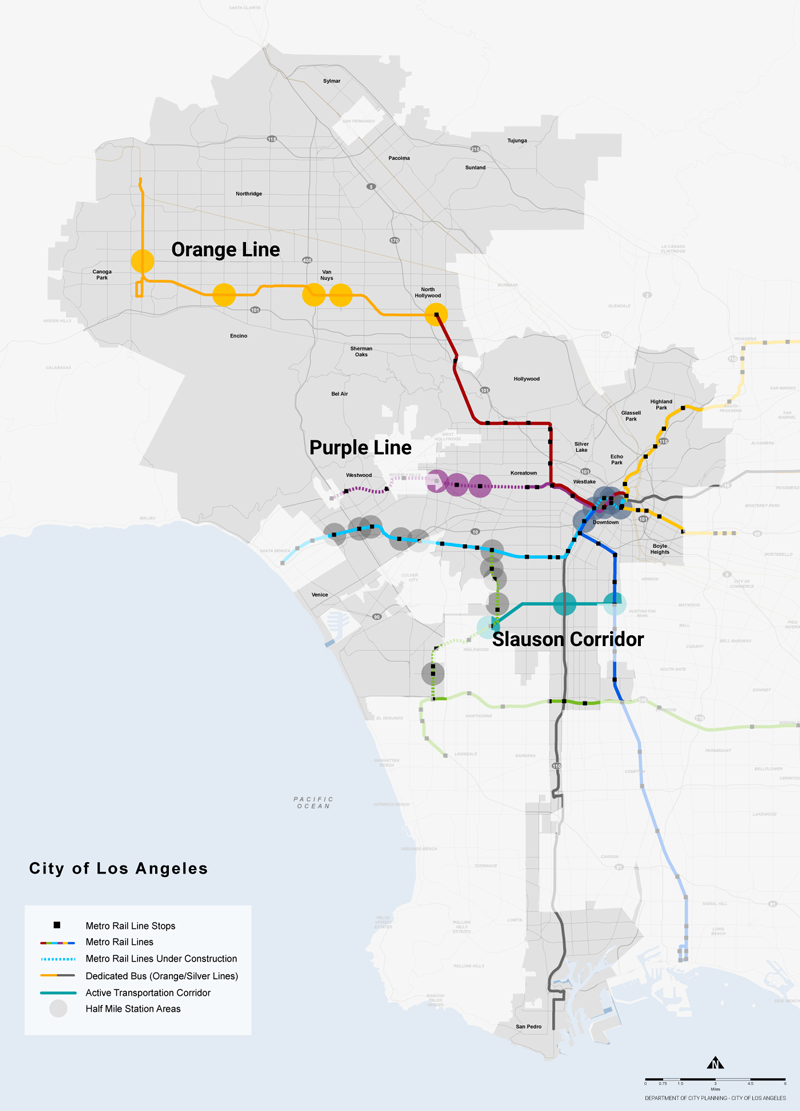